Close Alert Banner
Close Old Browser Notification
Browser Compatibility Notification
It appears you are trying to access this site using an outdated browser. As a result, parts of the site may not function properly for you. We recommend updating your browser to its most recent version at your earliest convenience.
Skip to Content
County of Brant Home

Add to My Calendar

Presented in partnership with REEL Canada, #CanFilmDay is now in its fifth year! Join us at the Paris Branch for a very special movie...
Paris Branch: Back to God's Country - Canada's most successful silent film!

Why celebrate Canadian films? Because it's fun! It’s fun to share in something that others are doing all across the country. It’s fun to feel proud of our accomplishments and toot our own horns. It’s fun to see our own stories on the big screen and to get to know your nation and the people in it a little bit better. Join us for our fourth year of National Canadian Film celebrations.
Join us for a great flick, free popcorn and drinks, and a chance to win some cool NCFD prizes!
About Back to God's Country

The first (and earliest surviving) feature film made in Canada by Canadians, Back to God’s Country tells the story of Delores LeBeau, who goes on a treacherous journey to the Arctic with her husband on a vessel captained secretly by the man who murdered her father. In a tense and action-packed sequence, Delores must save her husband from the malicious Rydal and survive in the unfamiliar Arctic conditions.

Written and starring female filmmaking pioneer and creative powerhouse of the silent era, Nell Shipman, this is also the most successful silent film in Canadian history and is celebrating its 100th anniversary in 2019. 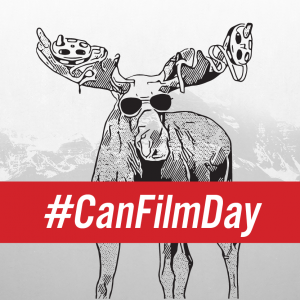